In this step-by-step How To tutorial we will show how to set up Active@ Disk Image in order to create a weekly backup with daily incremental backups.

What are incremental backups

So, a full backup contains all the data from the disk (all files). Incremental #1 includes only those chunks that were changed since the full backup, so it relies upon apon full backup to get all data (File3 will be restored from Incremental #1 and the rest - from Full backup).

Incremental #2 includes only data for File 2; File 3 will be taken from Incremental #1 and the rest from the full backup. And so on.

Let say we want to do a daily backup but in order to save disk space we'd like to engage incremental type backups. So, the first day backup will be of full backup type followed by six days of incremental backups. Then the sequence will be repeated.

Since it's going to be an automated backup, we need to create a scheduled task. 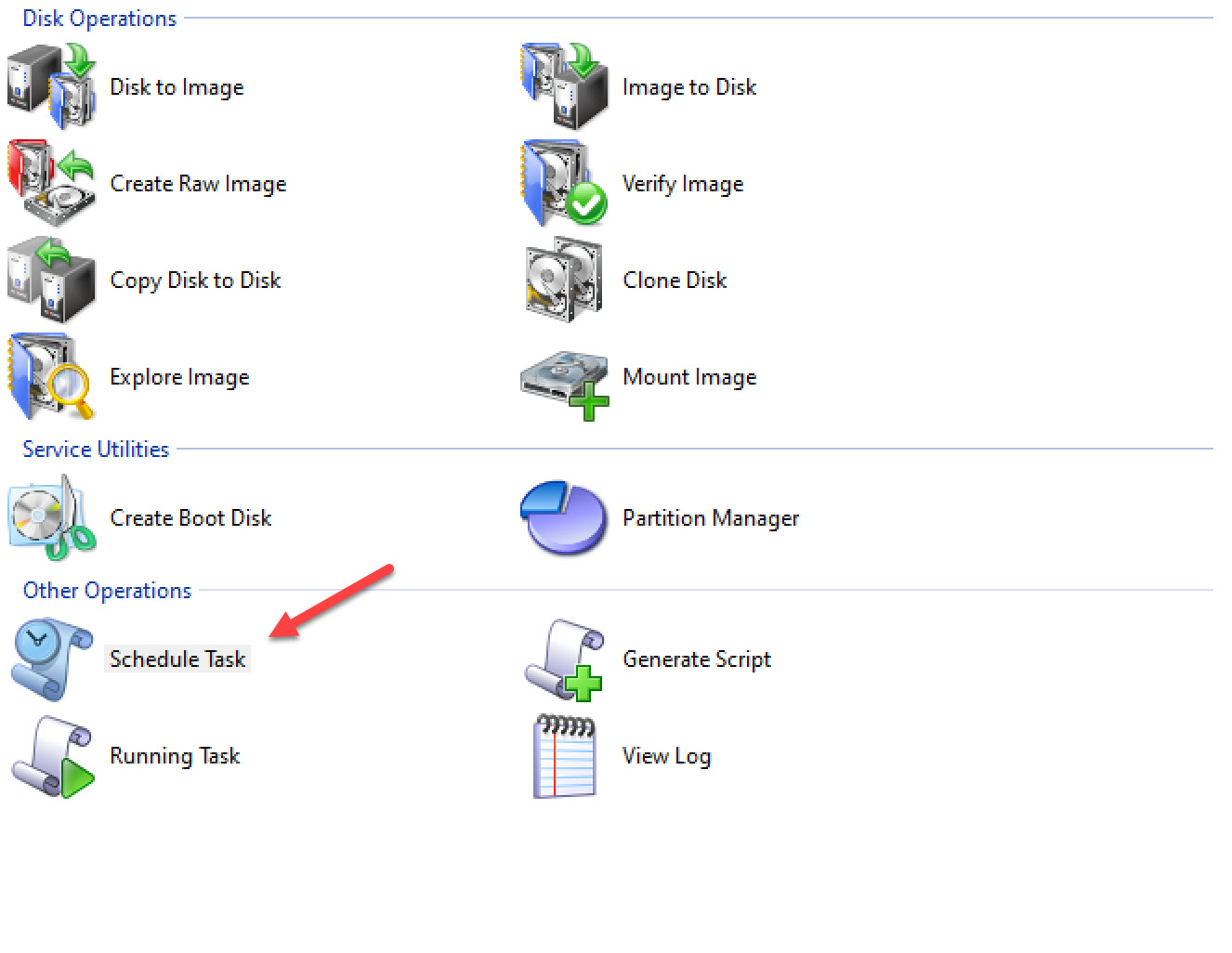 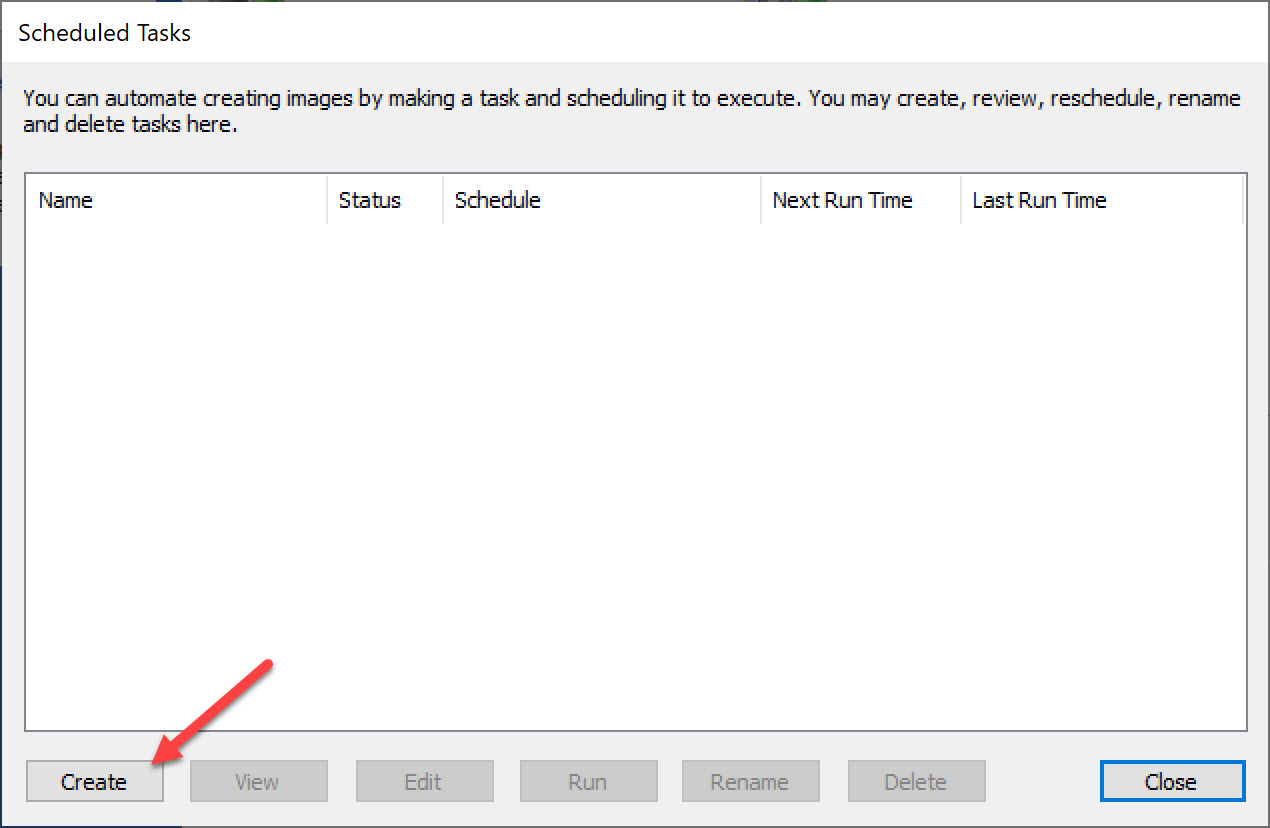 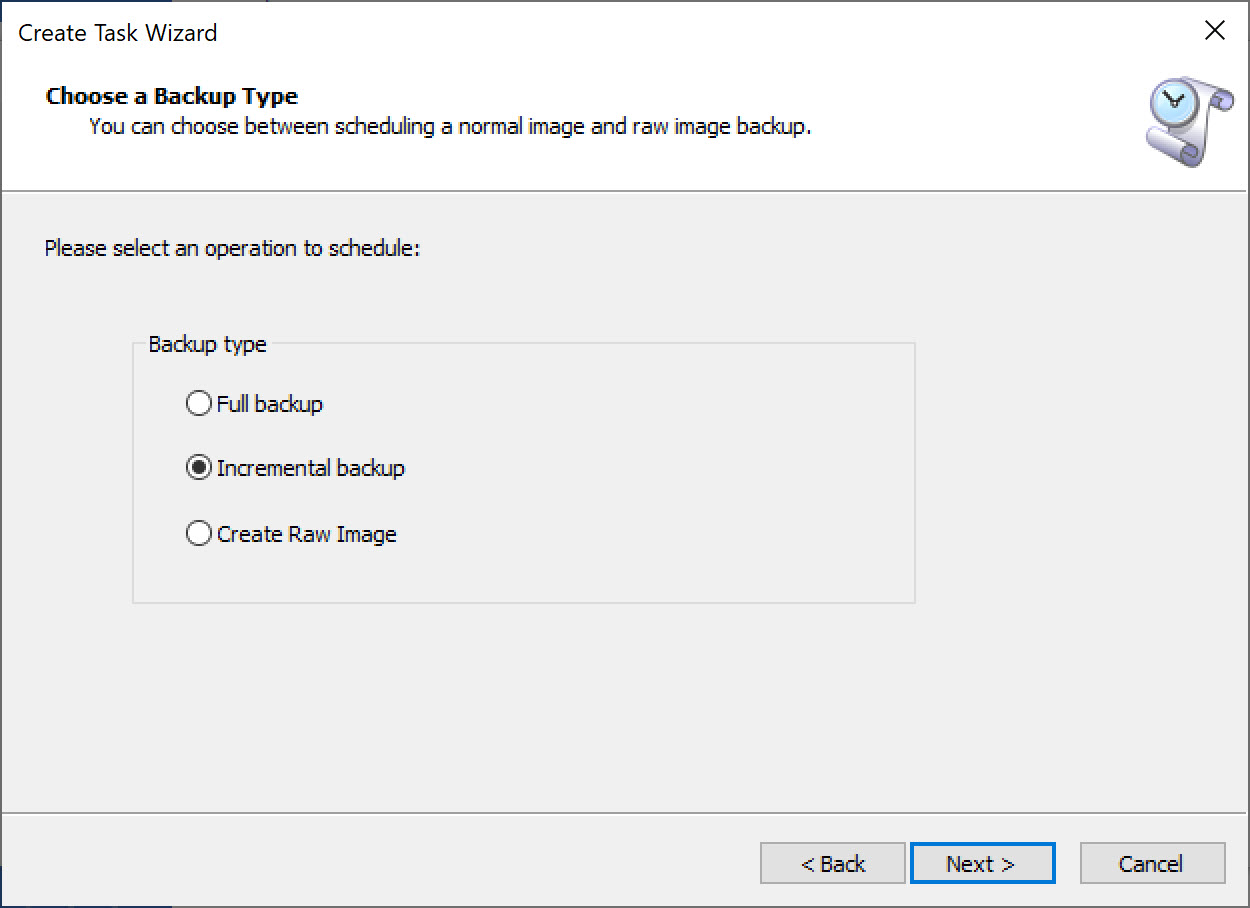 Select the disk/partitions you want to include in a backup and select a destination folder path. This folder will be the root folder for all backups created by a scheduled task. 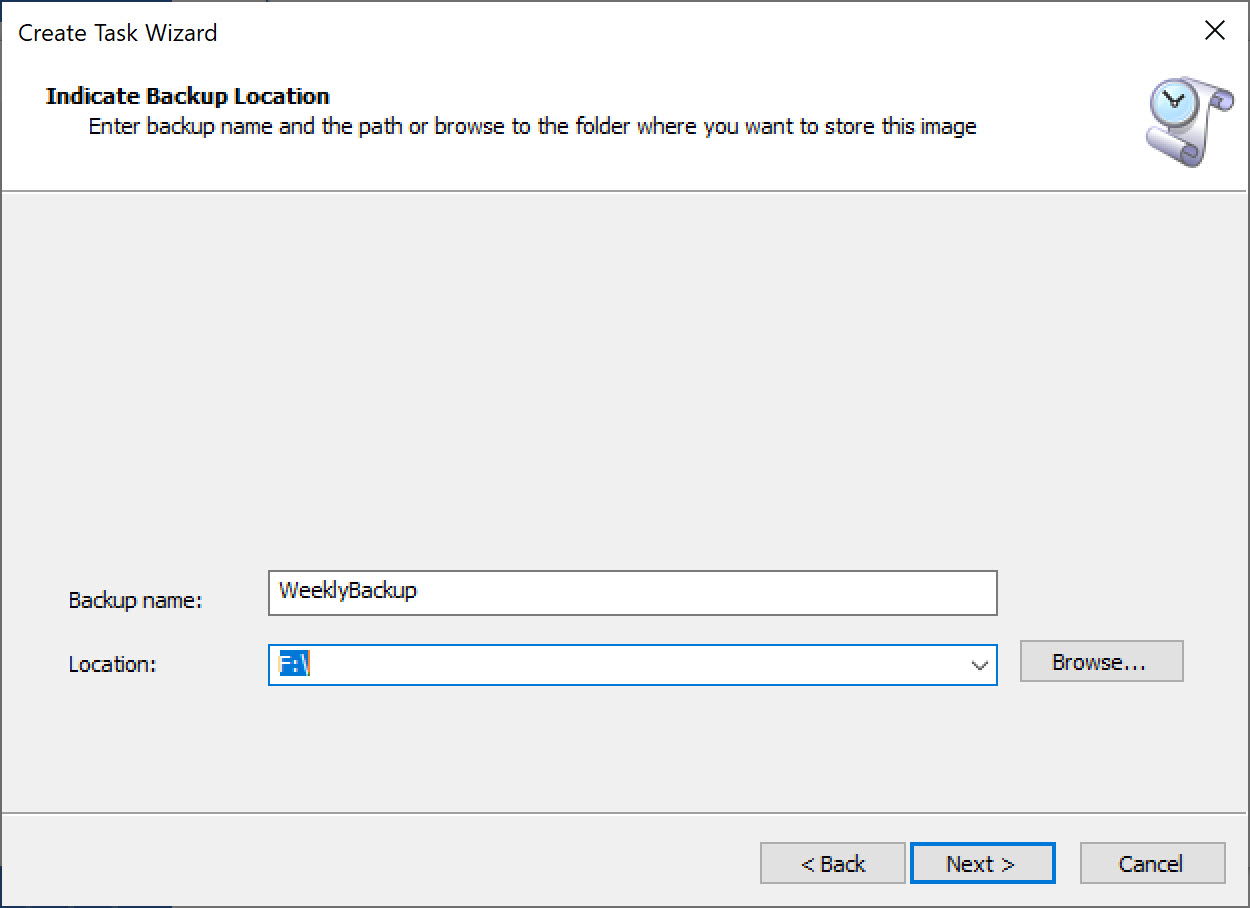 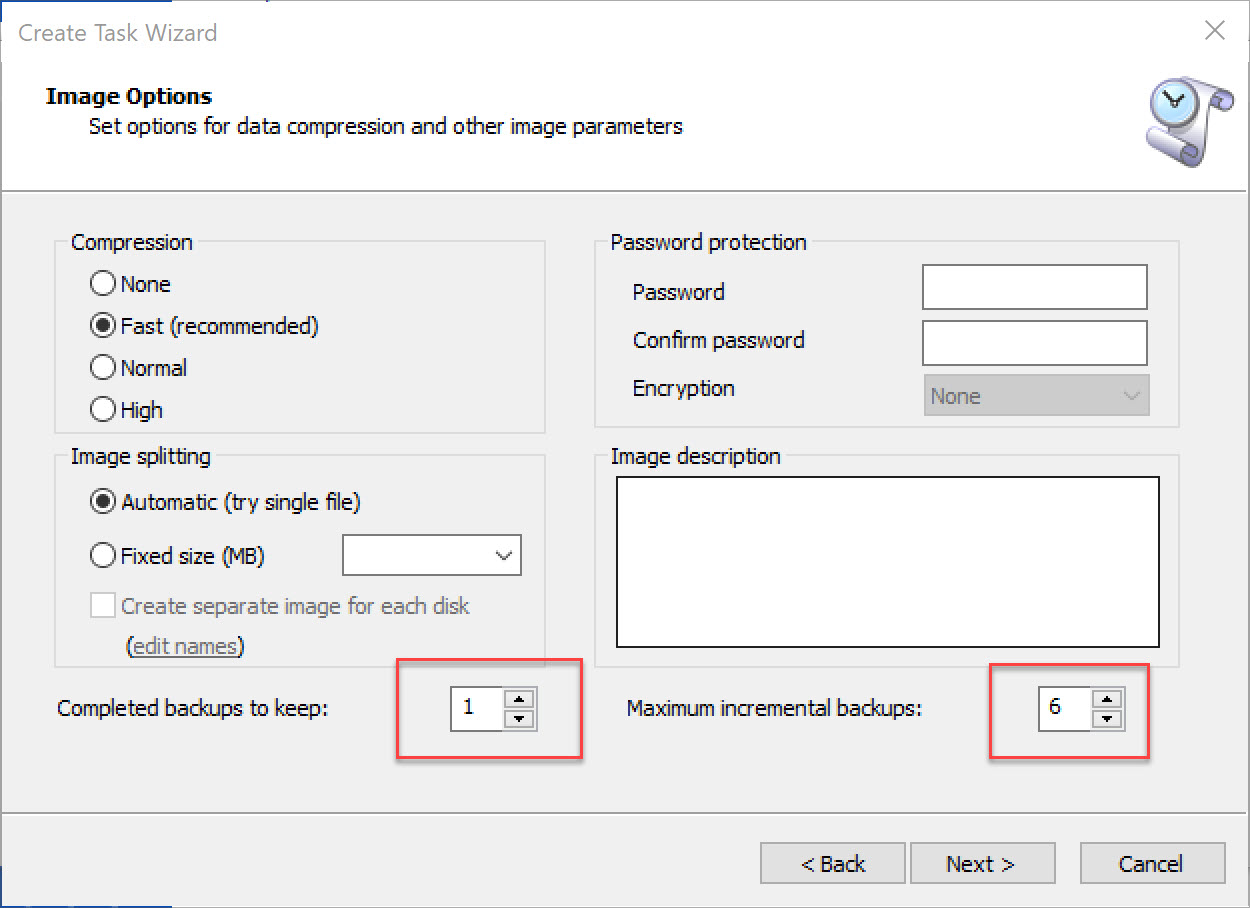 Next, schedule a backup and provide sign-in parameters: 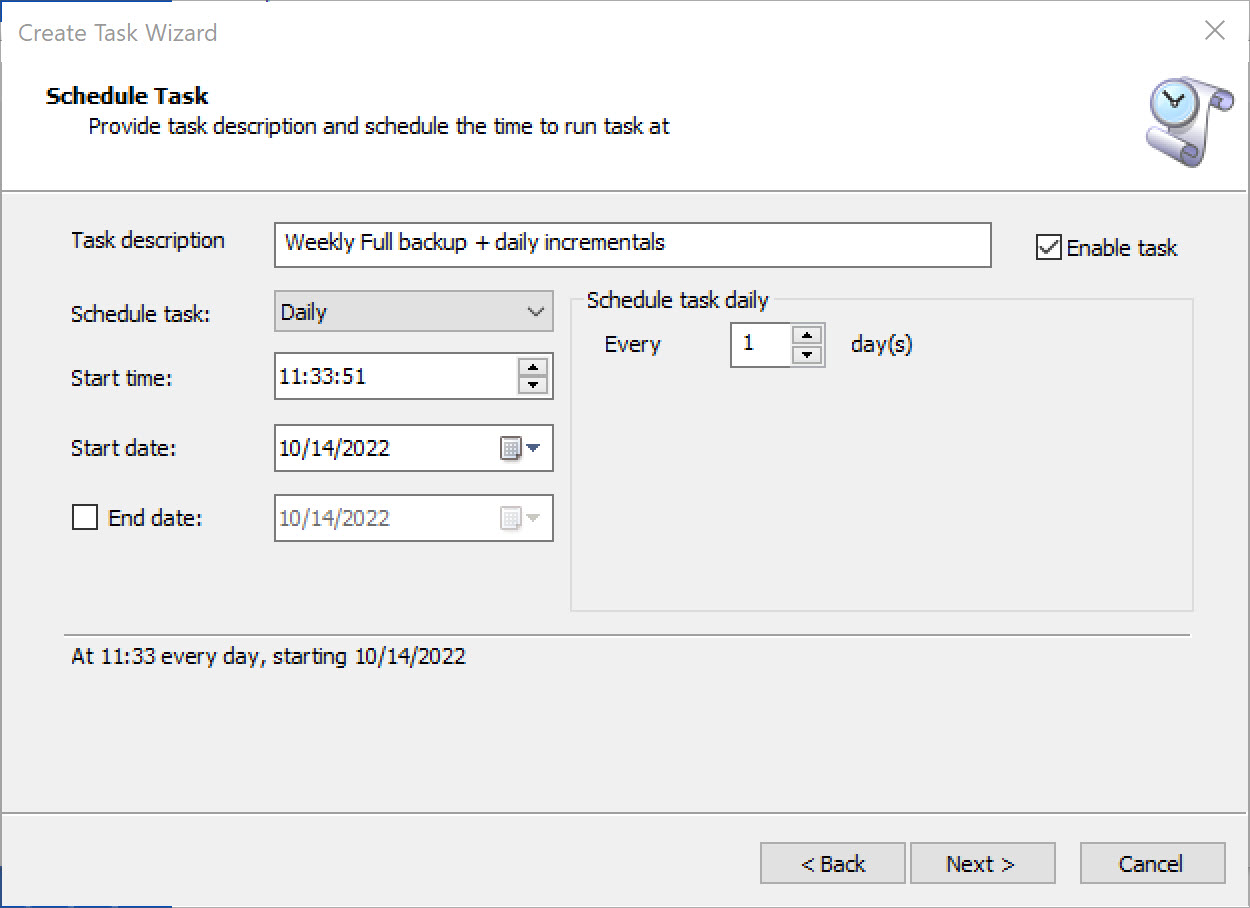 Once the task is configured, it will appear in the task list and as soon as the scheduler kicks in, it will be performed. However, for testing (as well as for other reasons) we can execute the task immediately without waiting for the specified time.

Click on Run button and a prompt dialog will appear. As soon as you confirm by clicking OK, the task will start in the background. 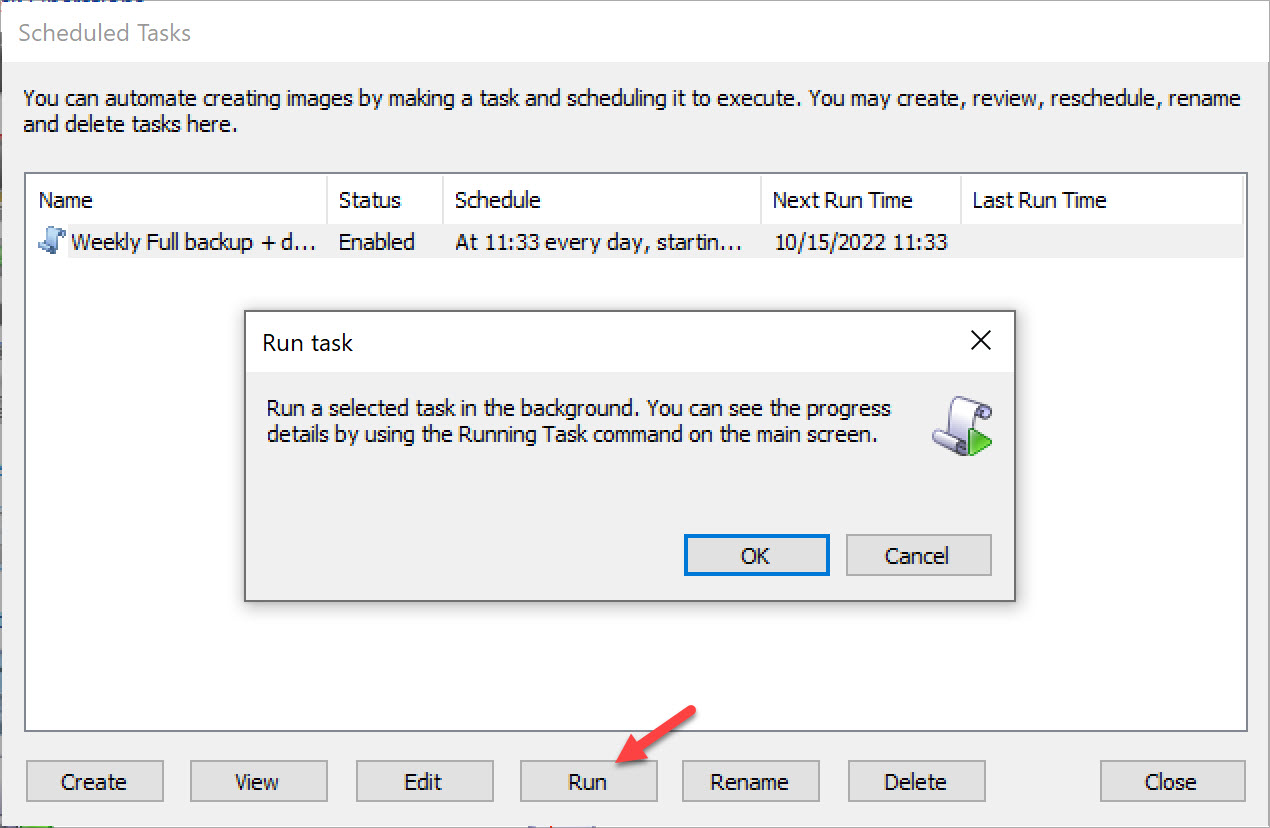 The backup will be stored into a subfolder with the name Backup-<DATE-TIME> which is stored into the folder entered as a backup storage. Every folder with successfully completed backup will have an empty file named .backupcomplete.

All incremental backups will be created in their own subfolders located in base backup folder. 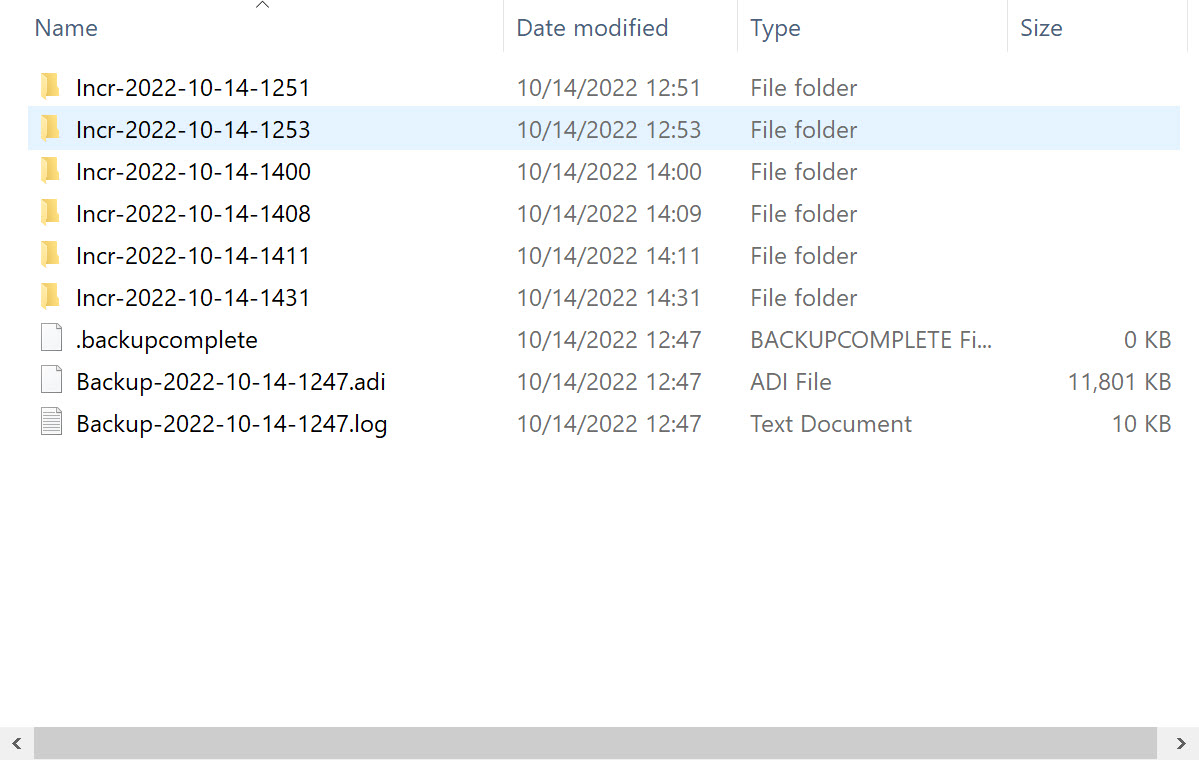 Don't forget that as soon as 6 incremental backups are created the new one will be a full backup. Onces that new full backup is completed, the whole previous backup (full and incrementals) will be deleted as requested in task configuration. 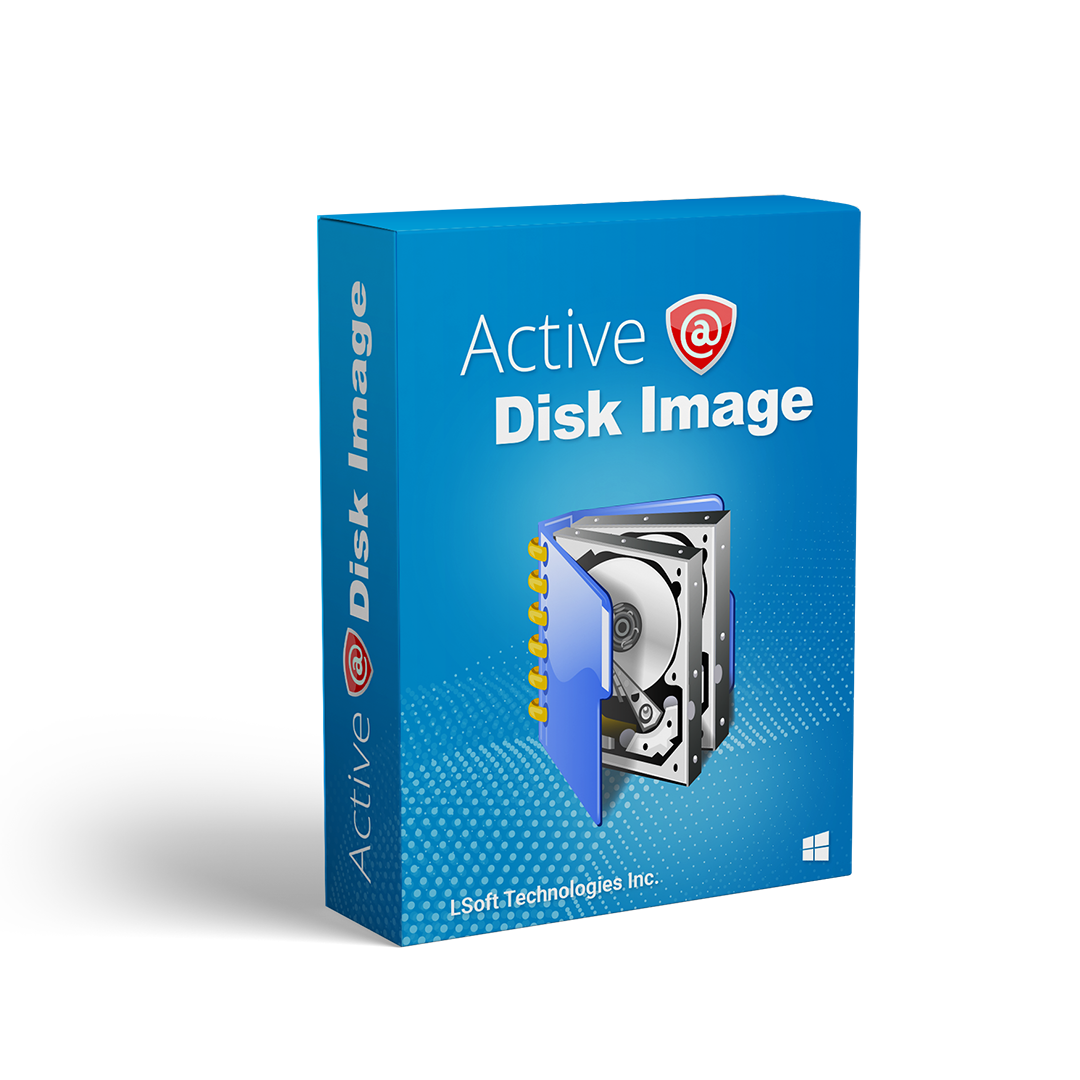